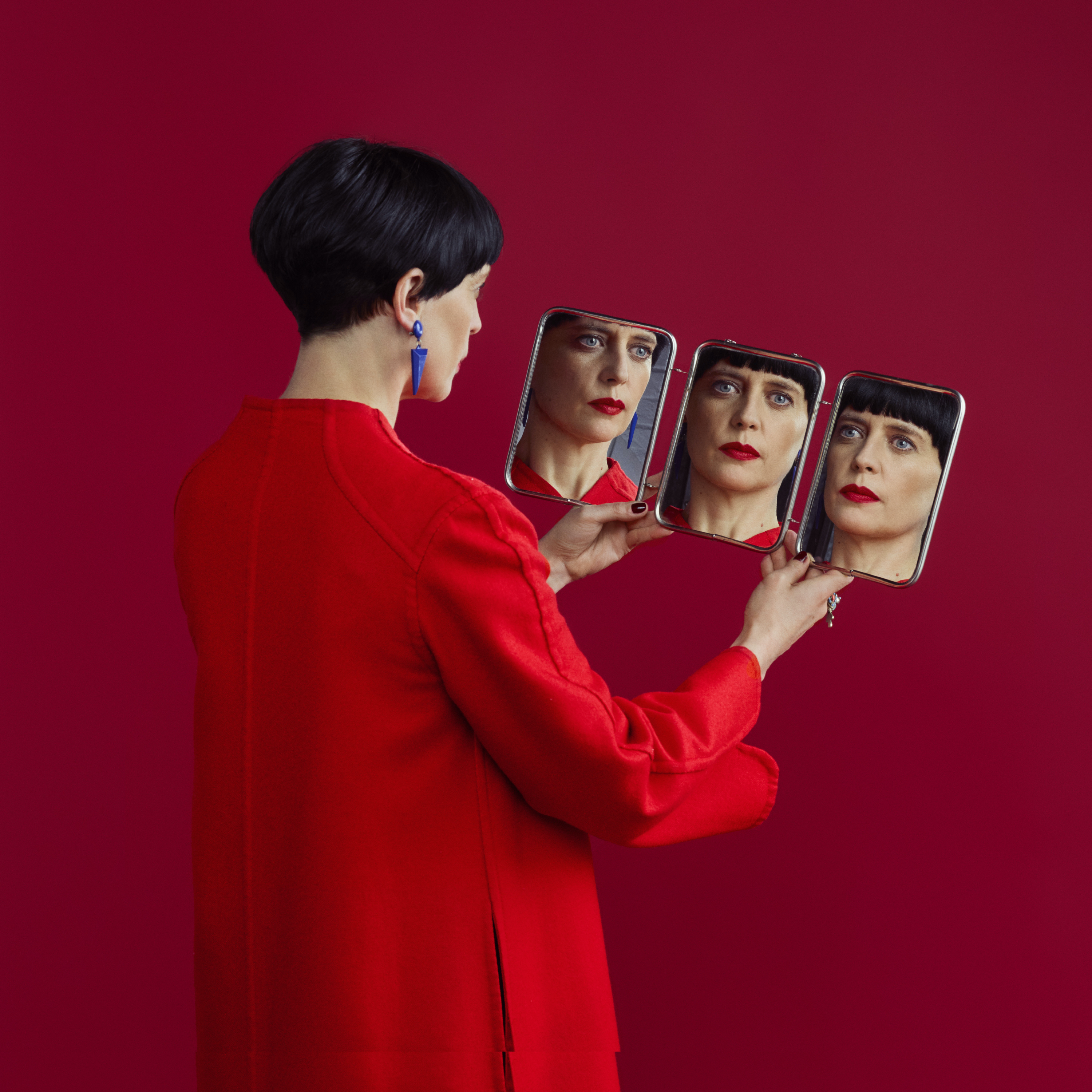 Composer, musician and producer Angèle David-Guillou's third album, ‘A Question of Angles’, is without a doubt her most ambitious project to date, its multi-ensemble compositions forming a dynamic cinematic counterpoint to her contemplative lockdown EP ‘Sans Mouvement’, recorded on the organ at the Union Chapel.

‘A Question of Angles’ is an album of vivid instrumental music. Centred around two main ensembles, a saxophone octet and a string septet, which strut and glide in rhythmic dances, its textures are inspired by the interplay between illusion and reality, particularly the magic realism of Jean Cocteau's films.  "I was interested in translating this idea into music, that I could make something big and bold, but where you might also be unsure of what you're hearing," the composer explains.

Saxophones and bass trombones are paramount to the album's sound – David Guillou’s use of these instrument draws parallels with Michael Nymans’ most exuberant compositions as well as Moondog's dynamic neo-baroque rhythmic patterns, while the handling of unconventional time signatures echoes soundtrack composer Giovanni Fusco’s unsettling atmospheres for Alain Resnais.

‘A Question of Angles’ is David-Guillou’s third album for Village Green, with whom she's also released two much admired EPs of her unique instrumental music.  Hers is a music that rejects the density of ambient mood music, with strikingly animated compositions that recall in sound the bright movement of Matisse's La Danse, offering an audacious addition to the landscape of contemporary composition.

A Portrait Of: Angèle David-Guillou >

Watch the video for V for Visconti by Angèle David-Guillou >