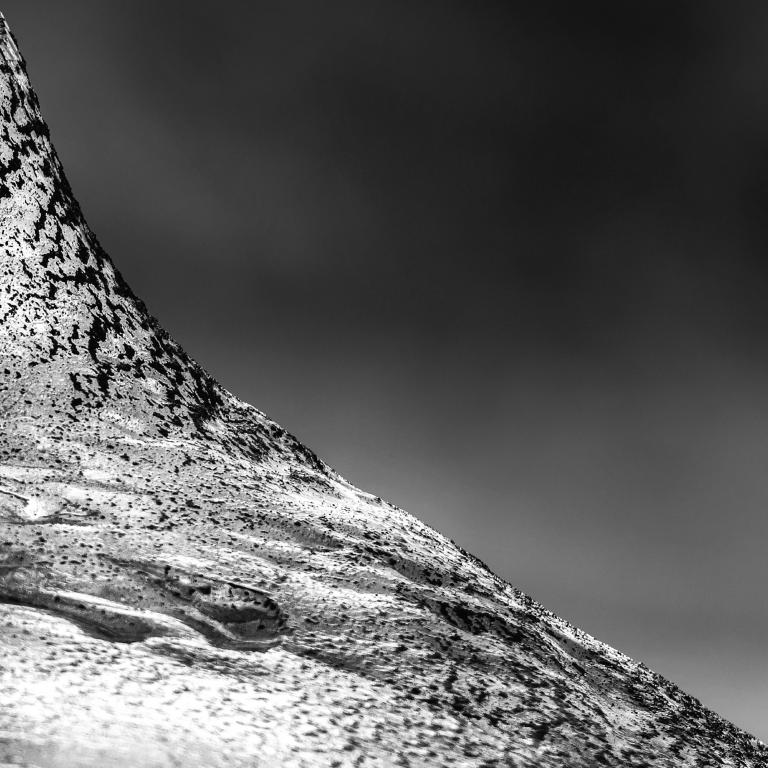 Summoning 11 widescreen, electronic compositions in response to global political and environmental breakdown, ‘A Gradual Decline’ addresses the planet’s current fragility using actual field recordings of ice collapsing from glaciers. Weaving these momentary, dramatic events directly into the DNA of the music, CUTS sculpts rhythmic elements out of geological transformation. At times chaotic and alarming, the album’s siren-like tones and volatile, stuttered beats converge with synthetic gales of melody and glacial percussion. Elsewhere, the sense of precariousness is subtler, enveloped in gaseous chords that swell and evaporate, ethereal and dense guitars and distant vocals – all hallmarks of previous CUTS material - here honed into a concise, conceptual set.

“We are living in the age of the Anthropocene and it feels like everything is in decline. We’re in a moment where extinction is regular. I wanted this record to reflect these frailties. I have tried to make a record that feels like it’s all come from one place. My only musical influence on this was William Basinski’s ‘Disintegration Loops’. Not the music, but the process. The idea of a decline in sound really suited the concept of this record. All this music and instrumentation trapped in this declining digital signal. I wanted it to sound brittle and precarious. I also wanted to avoid doing overly dark material, opting instead for something that was more fragile, melancholic and even hopeful in moments.“