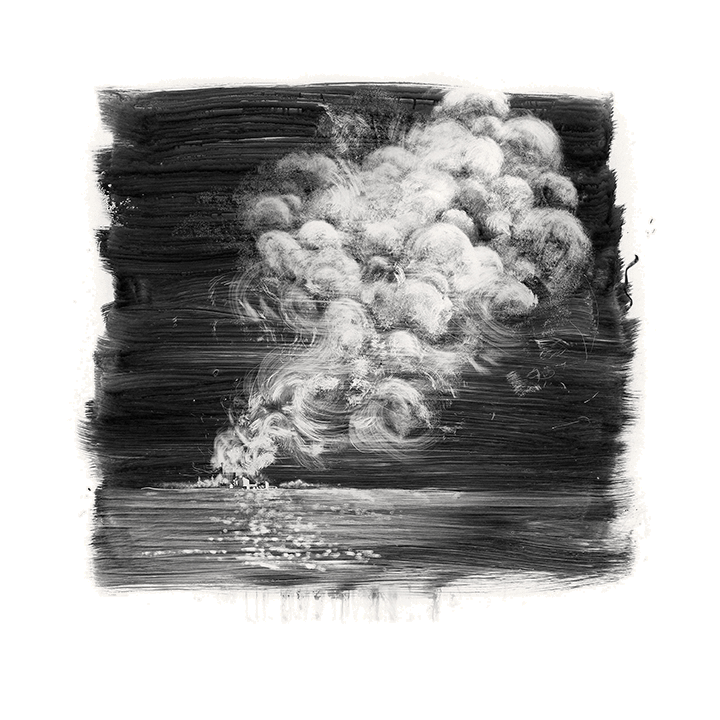 Dead Light was created after Anna Rose Carter and Ed Hamilton moved from London to a quiet, remote space in the countryside. The migration out of the sprawling metropolis to their new rural refuge was a transition that significantly impacted them both, and one that continues to turn and shift under the ambivalence of change, loss, and new beginnings…

The reality of this new setting is an apposition between the quaint and serene nature of their new life, and the dislocation from the lives, people, places, and culture that they left behind; two conflicting sentiments that co-exist in a somehow beautiful, bitter-sweet relationship. Dead Light is the tension between these two states, a textured and imperfect dream world.

Recorded at Pie Corner between September 2014 and May 2016, the eponymously titled debut album from Dead Light is a tender, ambient exploration of hope, escape, tension, and isolation. Rooted in traditional instrumentation and a hand made approach to effects and synthesis, Dead Light’s music draws upon classical, ambient, pop and electro-acoustic influences. Waves of melancholy stretch through every track, with slow, yet expressive melodies that sing from tape-looped cello motifs, and an old close-mic’d piano that Anna’s grandfather gave her, yet the feeling of hope never seems to be far away.

Dead Light Remixed is out now! >